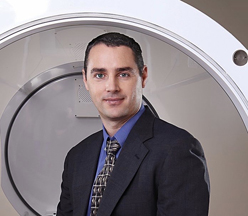 Mr. Garrett has been working in the field of hyperbaric medicine for more than a decade. He is a graduate of the College of Oceaneering, certified as a commercial diver and a diver medic. He is a Certified Hyperbaric Technician through the National Board of Diving Hyperbaric Technologist since 2000.

“Derall is uniquely qualified for the position of Director of the HFA department,” noted UHMS Executive Director John Peters. “His years of experience as an accreditation surveyor will benefit the department and the UHMS greatly.

“Tom has done a remarkable job preparing the position for Derall,” added Peters. “With assistance from HFA Coordinator Beth Hands, UHMS Accreditation Council Chair Dr. Brett Hart, and myself, Derall will have a dedicated support system as he comes up to speed.”

In addition, Tom Workman will provide an expanded department orientation beyond his December 31 retirement date.

Derall Garrett joined Diversified Therapy in 2002 as the Safety Director for the Wound Care and Hyperbaric Medicine program at University Community Hospital – Carrollwood, Tampa, Florida. In 2006, Mr. Garrett became the VP of Hyperbaric Services for Innovative Healing Systems until 2012. From 2012 to now, he has been working under his own branded hyperbaric consulting and service company, providing services globally.

A resident of Melbourne Beach, Florida, Mr. Garrett has been a UHMS member since 2003 and UHMS HFA surveyor since 2013 and has completed numerous surveys over the years.